Coven of the Dead, Vol. 1 by author B.D. Panthona is a treat for fans of urban fantasy 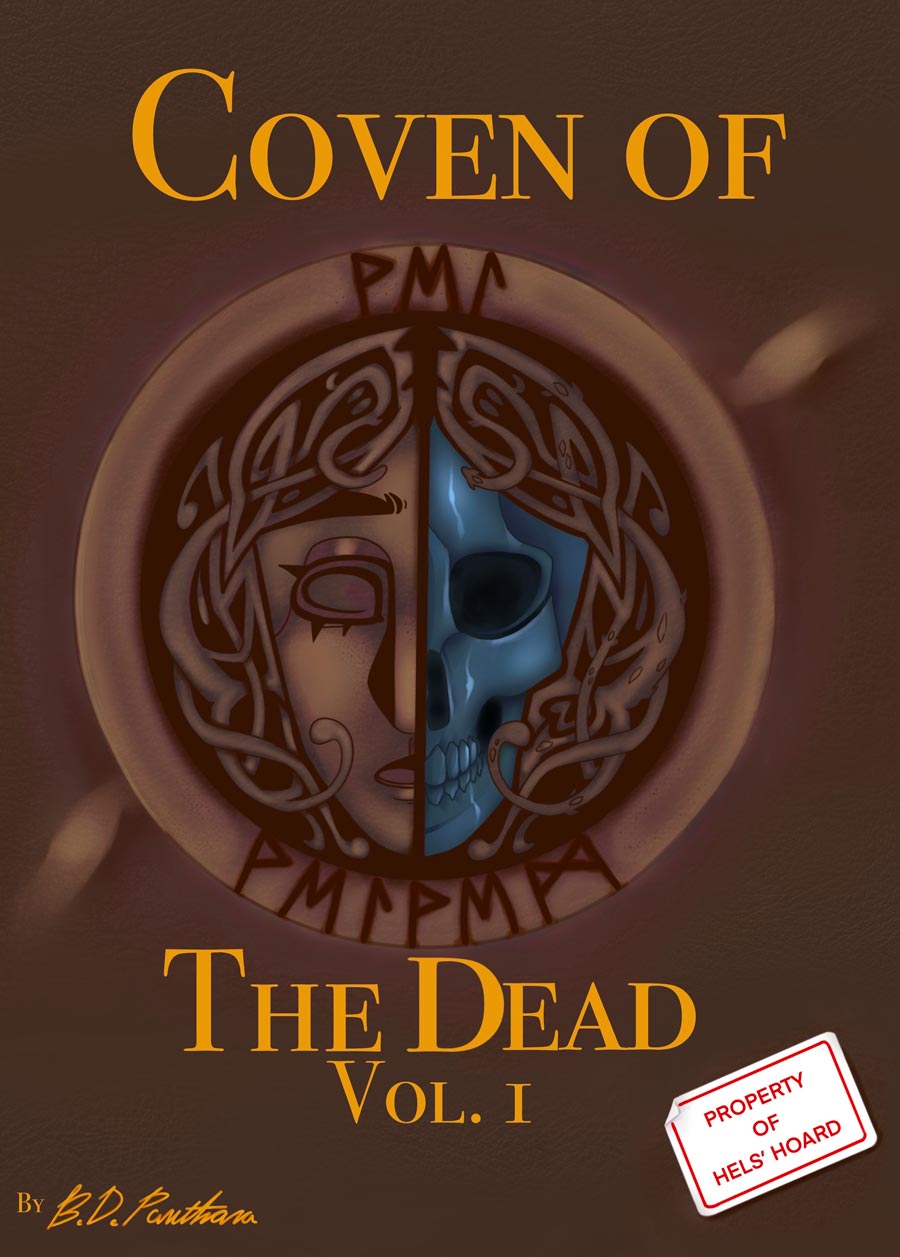 B.D. Panthona offers an exciting, fantastic narrative in Coven of the Dead, Vol. 1. This is a story with a darker twist and a lot of mythological background, sure to please fans of urban fantasy looking for original takes on the genre.

Wendy has a strange relationship with death. Her mother disappeared to the underworld in flame, and that changes the way Wendy sees death as opposed to how other people do. She is drawn to the dying and begins practicing witchcraft to find the entity that took her mother, but this search brings far more results than she ever expected when she catches the attention of the Norse goddess of the underworld, Hel.

Hel recruits Wendy to work for her in Helheim, doing the duties of a reaper in exchange for the soul of her long-time friend. Wendy is faced with a new, hostile world full of gods of different cultures and an urban environment that transforms entirely with this realm Wendy enters. She has to survive a new environment so full of death and violence.

Coven of the Dead is a Pagan urban fantasy.It draws from Norse culture and other cultures as well to create a unique and beautiful world that is as dangerous as it is mesmerizing. For Wendy, it is a coming-of-age story, even if it takes place in the afterlife, and also a book that explores the idea of death and loss, something all people will eventually have to deal with. The book includes a variety of facets of loss. 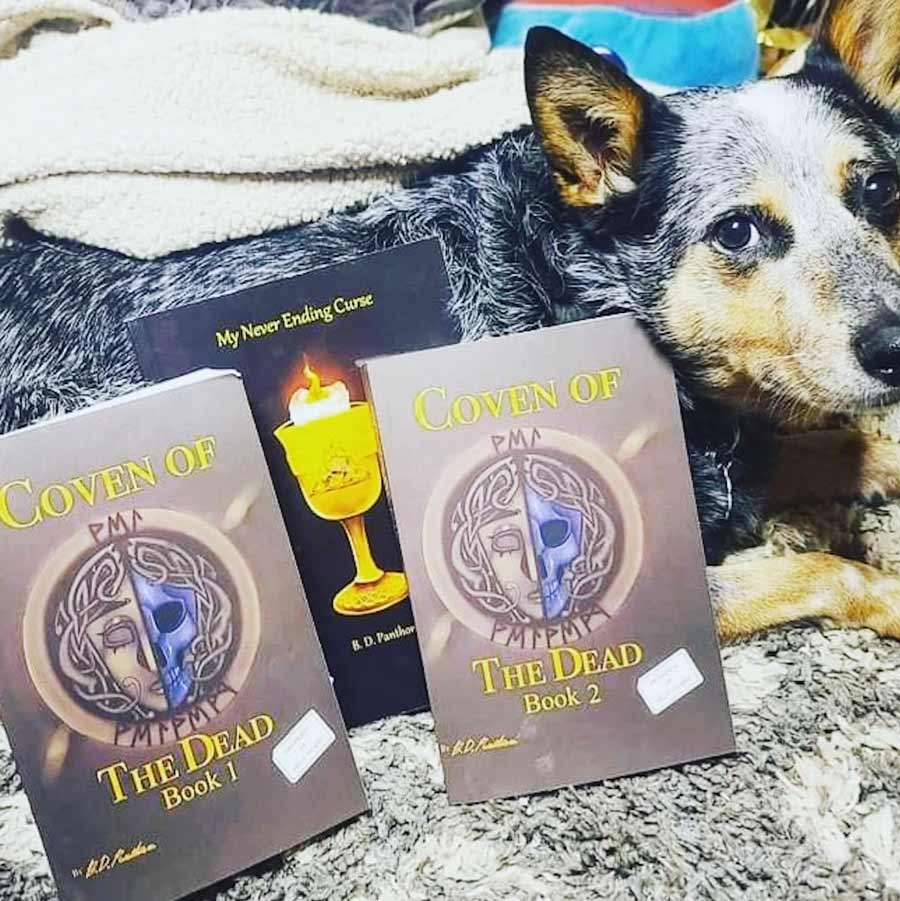 Loss is a central theme, whether it is the loss of people who have separated due to life circumstances that take them to different places, the loss of a career or a job that they invested a lot in, or the loss of a loved one who passes on, Coven of the Dead considers it in a nuanced way, exploring it through fantasy and offers a narrative full of hope and beauty that can be found in the darkest places. It is an adventure that is good for the soul without losing on narrative excitement.

Follow Wendy on her many dangerous adventures and discover the many mysteries that this new world holds for her. B.D. Panthona creates a varied and rich world that takes the reader between the familiar and the mundane and the fantastic and amazing. It sets the audience exploring a world that is new for most people, drawing from classic Pagan beliefs that offer a much-needed sense of novelty.

Coven of the Dead will surely please fans of urban fantasy who want something that goes beyond the boundaries of this world. It has a lot to do with Norse beliefs and also constructs a rich environment with compelling characters and exciting mysteries and action.

You can get the book on Amazon:

Here is an excerpt from the book COVEN OF THE DEAD VOL. 1

Wendy has an unusual accord with death, considering she grows up to work for the Norse, Goddess of the Underworld. After seeing her mother be taken to the afterlife by an entity surrounded by flowing flame, she has never seen death the same way. As she becomes an adult, she continues to be drawn to the dying. Finding, through the study of witchcraft, that she is not as powerless as she thought. Searching for the flowing flame and finding more than she bargained for.

It could have been that Wendy was a practitioner of witchcraft or that she was a funeral driver, or possibly it was that demon she ate. Whatever caught the Goddess Hel's attention, she made it clear that she wanted Wendy to work as a reaper for Helheim. When tragedy kills her longest friend, she doesn't hesitate to trade a thousand years of service for the preservation of his soul in Helheim. Now she has to learn to navigate through the gods of the cultures around her to survive her new violent world.

Coven Of the Dead Vol. 1 is an urban Pagan fiction that tackles the concept of life after death. An unorthodox coming-of-age story that explores the ranges of loss that humans experience in their lifetime. Loss of friends as they grow apart, loss of a career that they have worked hard for, and loss of loved ones who go to the other side. Though these losses hurt, Coven of the Dead Vol. 1 shows hope in the path laid out before us. Though things happen that take away the path we wanted in life, it may be a path that holds the adventure our soul needs to thrive.

Learn more about the author and also the book, and the world it constructs at https://www.helshoard.com/home. You can also check the Author's instagram.

Leaders are looking for a new world order while the world is coming apart. Author J.W.R Henderson shares the story in ‘Gods Versus Karma: The Hell Capsule Force’
November 22, 2022

Create the roadmap to a successful and fulfilling life with Michael A. Deffina’s book ‘So What Comes Next? A Teen’s Guide to Life Planning Made Easy’
November 17, 2022

Author Randy Slapnicka adds a strong touch of non-fiction to make the fiction more interesting in his book ‘Leave the Bottom’
November 15, 2022

Author Mika Mathews crafts a tale of myth and magic with his book ‘The Silver Coin’
November 14, 2022
Editors’ Picks…

Find out ‘how technology can be used to enhance the security of your home’ on ‘The Tech Hamster’ blog. 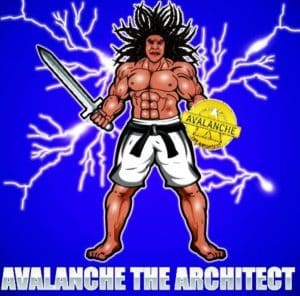 Avalanche The Architect is redefining the essence of boom bap rapping with his single Automatic. 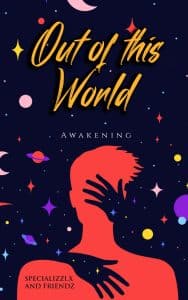 Readers can find themselves in the story in ‘Out of this World’ created by Super Genius Author Specializzi.x