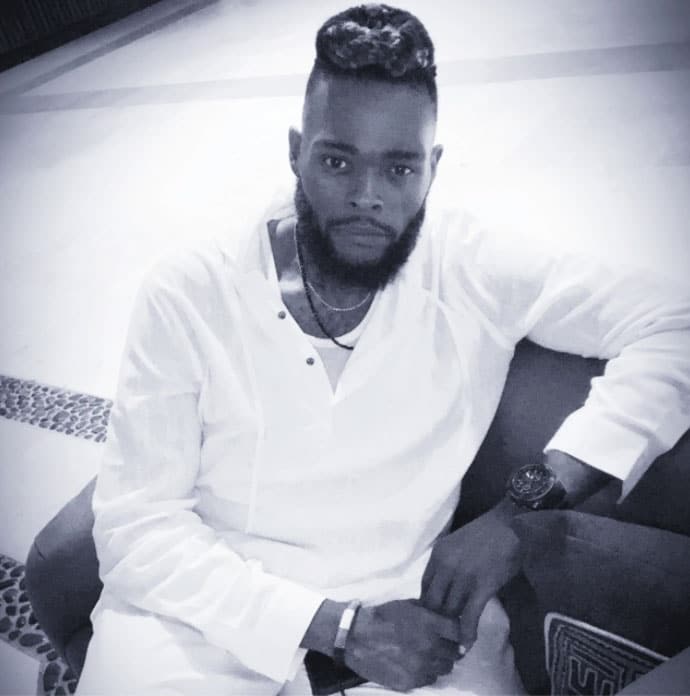 Today, we are having an interaction with Dexter Powell, Jr. He is 37 years old. He is a believer of God and wants to talk to us about faith and his journey.

1. Please tell us something about yourself

I currently reside in Detroit, Michigan, for the last 15 years. I've been married to my beautiful wife, Breona, for 14.5 of those years. I have one daughter who is a senior in High School she will be graduating in May and attending college in the fall.

2. How did you get into what you do right now? Please tell us more about your journey?

I was the most picked on and bullied kid in every school I'd ever attended because of my weight, yes I became addicted to food at the age of seven. I comforted my pain by eating any and everything. At 12 years old in San Bernadino, California, I was arrested for assault with a deadly weapon and faced a potential 13-year charge because of the felony nature. I entered the juvenile system, where I stayed for two years between the juvenile hall and a Boy's home in Oakland, California. After going back home, I had gained much weight and still suffered ridicule now from older students. So, I continued to hide in food, and by the time I was 18, I had a weight of 475 pounds. I hated life and myself, and at the same age and only 48 hours after moving out of my parent's house, I became addicted to crack cocaine and also had a child on the way.

10 weeks ago I wasn't doing what I'm doing now, I was just a Shipt shopper in Detroit who was trying to rebuild his life after hitting rock bottom in 2017. After a relapse to crack cocaine 16 years later, after I had first tried it, and because of my addiction, I lost all of our resources. I pawned anything of value just for my next fix until there was nothing left. I attempted suicide, but the attempt was unsuccessful, and I ended up having to spend 3 weeks inside a mental health facility. On my fourth day in the hospital, I received a revelation from the Lord telling me that I was right where He needed me to be and to follow His voice only. He was going to lead me into the right path that He designed for my life a perfect plan. I was at my worst, and I had no moral barometer. My Spirituality was at zero, I became mentally nonexistent, and my hope for life didn't exist. And God still chose to break through all of my pain and anguish to personally deliver that message to me. So, I believed His voice because the only other time that I had heard the Lord's voice clear as if He was in the room was in 2005 when God healed me of stage 3 Hodgkin's lymphoma.

When I was released from the hospital, I looked at each day differently. I knew that I needed to change my life, but how? I'd been an addict for as long as I can remember.

I'm inspired by people who rise above challenges and overcome obstacles that looked impossible. I believe in humanity, and I find great joy in the thought of a world that is right through Love and Peace rather than Fear and Lack. Many people have lost hope in this world, and I'm inspired to wake up every day and spread the Love of God so that people's hearts are penetrated with an authentic love that never fails. I also want the world to know that they are valued and loved.

4. Please tell us about a Story from your life that you want to highlight

I began fasting on February 1st, 2020, with no food, only water, and herbal tea. I had no previous knowledge of fasting, so I didn't have any expectations or knowledge of what was going to happen. I only did it because my Spirit led me to fast. One week into the fast, I was already completely different. I had clarity, sound mind, no pain, and I was hearing God's voice CLEAR, so I didn't stop.

On day 21 of my fast God begin to accelerate everything in my mind and Spirit, and He began preparing me for what He was saying was for Global Revival, I had no idea what any of that meant, but I just listened. The very next day, the Lord told me He was sending me on a Faith walk to Gainesville Ga, He told me I must leave that day and fly to Atlanta. At this point, God had given me instructions to do something every day from giving all my possessions away. To visiting a house, I couldn't afford and pray over it; visit a dealership and test drive something I couldn't afford. Go to a dentist and ask for dental work and let her know God is going to pay for it. All this sounded crazy, and my wife, at this point, was thinking the same thing because everything was so drastic. Now here I am telling my wife that I had to leave for Ga that day, but we had no money and so much debt, but I knew I had to get to Ga so I pawned my deceased Grandmother's wedding ring so I could get the ticket and follow God's voice on the journey of a lifetime and one that because of my faith will change the world.

5. What's your most memorable experience ?

My most memorable experience would be meeting and marrying Breona in 5 months and being diagnosed with Cancer only 9 months after marrying. I saw a strength come out of that woman that you couldn't imagine. We were still trying to get to know one another, and now we became faced with something unimaginable. We hadn't been married for even 1 year. I only met her because of my Morbid Obesity and the fact I was on a website called Obesityhelp.com, where I was seeking advice about my weight loss surgery. And Breona happened to be on the same website as well. I had Gastric bypass surgery in May 2005, I met Breona on June 17th, 2005, and we were married on November 25th, 2005. So everything was fast and a whirlwind from the beginning, but I had never experienced the feeling that I did when I first laid eyes on Breona. Now she was my wife. And then, as soon as we opened our eyes: Cancer. I will never forget after my diagnosis, we sat in the car Breona grabbed my hand. So a prayer assured me we were in the fight together, and she believed God would heal me. She wouldn't become a widow, and although the journey started off grueling because of the chemo on my body and reactions I was having. Still, God came and healed my body just like Breona had the faith to speak of.

6. Which social media channels work best for promoting your work?

My entire Faithwalk journey is well documented on my Facebook page Dexter Powell, only issue with FB is you don't know their algorithms, so you post content. Many people say that nothing of mine comes up in their feed, so somedays I wonder if it's a lost cause, but I still continue posting.

My greatest fear is leaving this earth and not fulfilling every purpose and conquest that God has sent me here to fulfill. I spent so much time not caring for anything but self-satisfaction. The crazy part was that I was never satisfied. It was the complete opposite because of my decisions I lived in fear, anxiety, depression, and hopelessness about each new day I was faced with. So, I must fulfill God's purposes each day for the world.

8. What are the strategies that helped you become successful in your journey?

The strategy that helped me with this Faith Journey has been silencing outside voices as much as possible. And to follow only the Voice of God and the Leading of the Holy Spirit. I faced much rejection and ridicule for my decision to leave on the journey. If I had listened to the voices of dissension, I would have quickly aborted the mission. And the earth as we know it would have been severely affected because of my indecisiveness.

9. What keeps you going when things get tough?

Worship music and singing keep me grounded in purpose and praise and adoration to the God who has saved me from myself too many times to count. Still, He knows every single time and situation.

10. Any message for our readers

I know how it looks right now, the entire world is scared because of the Novel Coronavirus pandemic. Many people have died, and many more will die, but this too shall pass. It's what you do in this season of Quarantine, that's either going to catapult you to your next path of purpose. Or keep you locked in the chains of your past where you will remain stuck forever. Because of fear and unwillingness to change and to see the purpose that God has placed in your heart.

You can connect with me on Facebook Dexter Powell

His desire to eat healthy & delicious food led him to share his culinary wisdom with the world…Meet John Nazari!
September 7, 2021

He improved his health and is now raising awareness about diabetes to help others! Meet Joey Jones from Washington, USA.
July 18, 2021 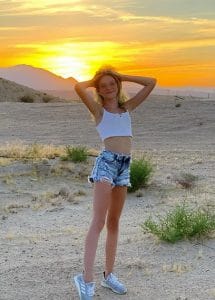 Sarah Dorothy Little’s hard work and fun posts have made her a Social Media Star! 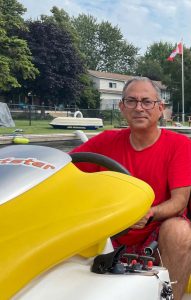 His desire to eat healthy & delicious food led him to share his culinary wisdom with the world…Meet John Nazari! 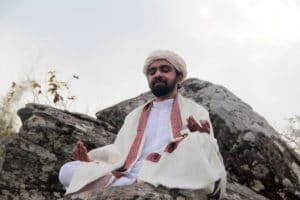 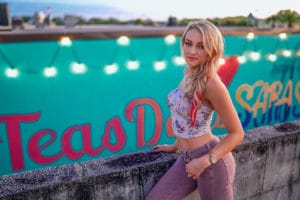 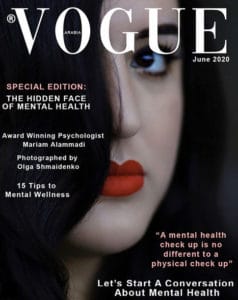 An interaction with Mariam Alammadi, Founder of Afkarech that empowers woman to be what they want to be…