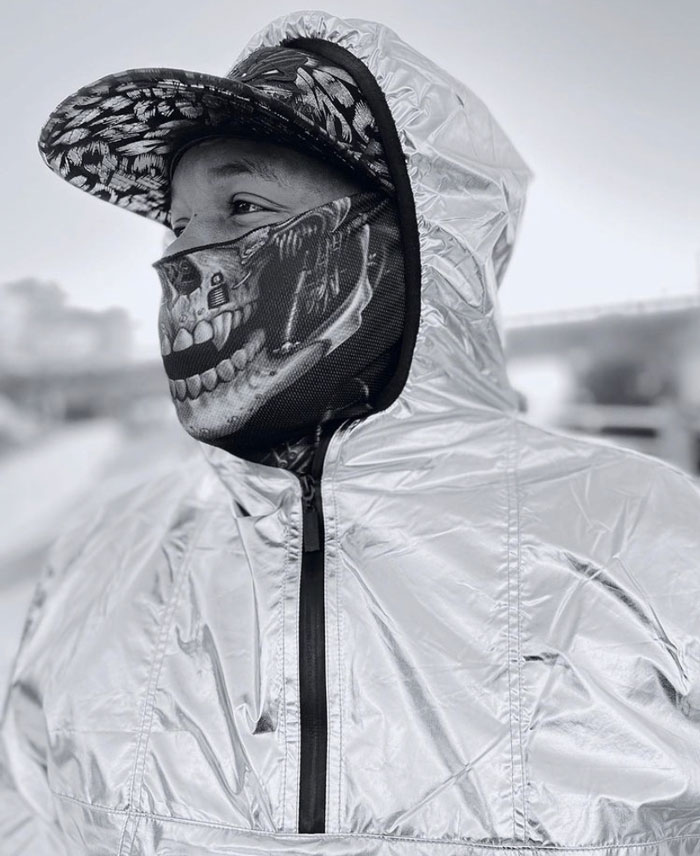 Today, we have the pleasure of interviewing LJGOLD, a hip hop recording artist. LJGOLD (formerly known as YaBoi Eljay) is making an impact on the music industry.

Please tell us about what it is that you do.

Earlier, I used to go by the stage name “YaBoi Eljay.” I’m also an entrepreneur. I’m a podcaster with a podcast channel called “Enhance Your Thoughts,” and I’m an author with a book that’s published called “Life Is Gold.” I consider myself the “self-help guru” as my life revolves around teaching people how to help themselves, which is what the self-help genre is about. I incorporate self-help into my music, books, my podcast channel, and everything else I incorporate myself into. 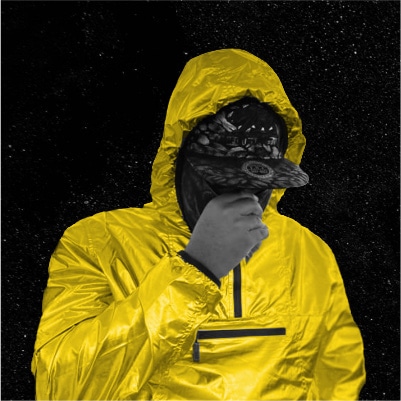 My journey started in 2005, around the time my grandmother passed away. I was 11 years old at the time. I wish she would have been able to see me as the person I am today. I started off making raps telling stories about what went on in my neighborhood of Oakland. From there, I took my raps to the stage, performing at talent shows and rap competitions in my middle school. Performing in front of an audience and receiving all that energy the crowds gave me inspired me to take it to the next level and start going to the studio. Not too long after I performed at my middle school talent show, I started going to the studio. I began working on the first project that I released in 2006, “Hood Bizz.” This was about my views on the crimes and the way people lived in my city, which at those times it was about the Hyphy movement.

My parents supported my career as a child, and they invested in me along the way. I was performing at talent competitions, music stores, and local events. My mission as a young artist was to impact the youth and inspire them to follow their dreams no matter their age. In 2009, I got discovered by singer D’Wayne Wiggins from “Tony Toni Tone,” and I started doing more local gigs with his band and with Kehlani and her former band “PopLyfe.” Once I became an adult, my parents felt it was best to be that adult and invest in my music journey since I was ready to do it independently. So I started working two jobs once I graduated high school in 2011 so I could afford to book my own tours and work on my projects. From watching my dad manage my music as a kid, I knew that I can push my career to the next level from what I’ve learned as a child growing up in the industry. In 2012, I released my second project, “From the Hood to Hollywood,” and I started touring high schools and middle schools of California. I was fresh from high school, and seeing as I was inspiring the next generation, especially with me being around their age, it was fulfilling to me. 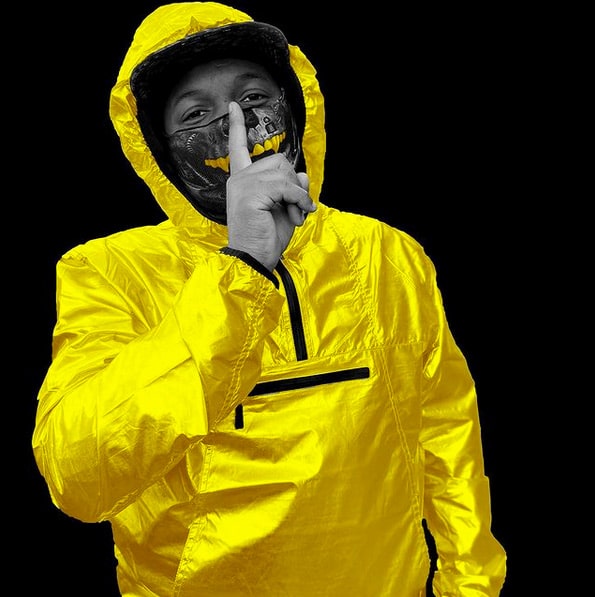 I knew my purpose was to inspire people to reach their own greatness, and I spent my life as someone who would consider themselves a motivational speaker/recording artist going to schools and performing as well as telling the students my story with a positive message for them. In 2013, I released my third project, “A.W.N.P,” which stood for “All Work No Play.” I wanted to let people know with that project that I was all about music, and I was serious about going mainstream. I started doing radio interviews, TV performances, and magazine interviews as I was on tour as an independent artist providing this lifestyle while working multiple jobs.

In 2016, I started to struggle and soon became homeless. From there, I realized that I had to stop and re-assess my life in order to continue making music. I had put together a project for the fans called “Pull Up” in 2019, which was like a “best of” project; releasing a variety of music that I have made throughout the years just so people can have another project from me while I was on a break from the industry.

So I had to take a break from music, and once I was ready, I came back in 2020 with my single “Stand Up.” The song went on and gained 4 million plays on TikTok. What helped me was that once I took all I’ve learned from time in the studio and created my own studio, I could make music any way I wished because I became my own engineer at that point. I decided to start wearing masks as a part of my image to represent my support in making the best out of the toughest time in this pandemic.

With my masks, I want to motivate people to have fun with it, find a way to express their inner selves with their masks, and create their own image. With my music, I primarily focused on submitting my music to playlists on Spotify, and so far, I’ve been on 7k playlists and have released 4 singles in 2020, “Stand Up,” “Purpose,” “Black Card,” and I’m currently focused on my single “The Official Karen Song” which was released November 6, 2020. In 2020, I have had over 500k+ streams, 300k+ Spotify saves, and I currently have over 200k monthly listeners. I’m currently working on my fifth project, self-titled “LJGOLD,” which should be released sometime in 2021. 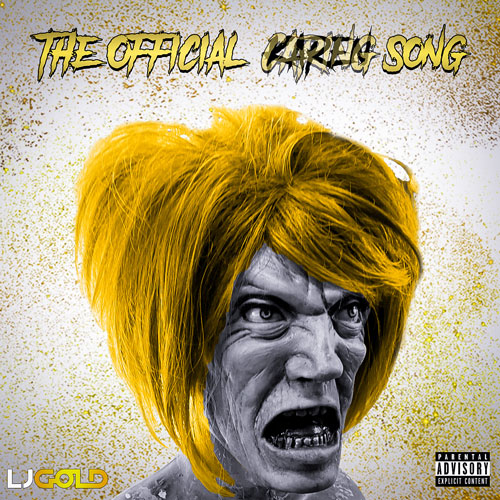 My strategy was to focus on one social media site, Spotify, and prioritize my personal life to pursue my music career with nothing holding me back. I wish I would’ve realized that I needed to focus on one of my social media channels at a time instead of stressing myself out by focusing on all outlets. It would have saved me a lot of time.

If you’re independent, you have to master one social media outlet before you can master social media as a whole. Like Facebook, Instagram, Twitter, Spotify, SoundCloud, YouTube, etc. Focusing on social media as a whole is what stressed me out because I’m only one person, and my journey has been independent. You need a team to focus on all of social media, so to make your life easier, spend your time on which social media site you like the most and learn more about it. Focus on building your fanbase from there, and it will soon cross over to other outlets. I chose Spotify because, as a music listener, Spotify is my favorite.

You can find me on Spotify by searching up my stage name. You can find my podcast channel that way, too, as it’s available on Spotify, Apple Podcast, and Google Podcasts. My SoundCloud is LJGOLD, and you can also check out my Facebook and Instagram handle. My music is available on all digital streaming platforms.

Thank you so much for giving us your precious time. We wish you all the best for your journey ahead.

Groove with the fresh blend of afrobeats, hip-hop, and RnB in the singles ‘Get It’ and ‘Hey Mama’ by Music Artist Tosyn
November 30, 2022 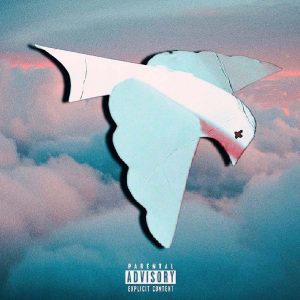 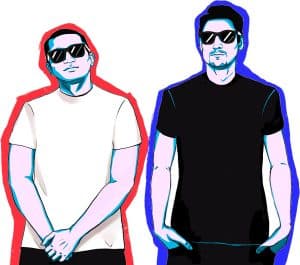 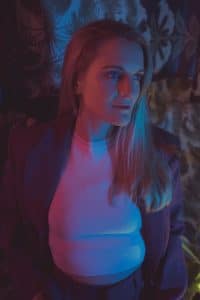