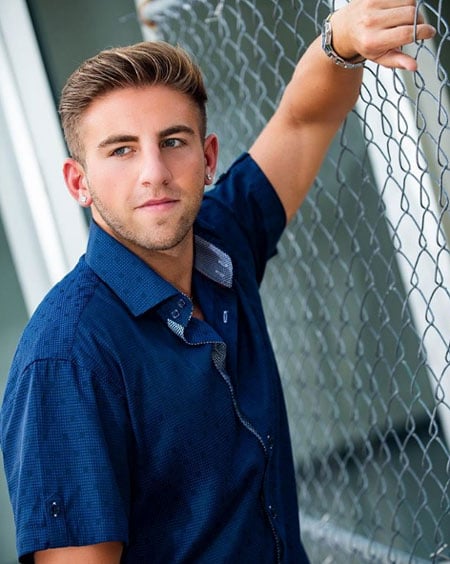 Those of us who spend our days scrolling, swiping, and tapping away on our phones, it isn't often that a fresh face and a fresh voice quickly command our attention. However, a few weeks ago, a friend turned me onto the Facebook page of Chris Ruggiero, a 21-year-old singer from New York. By all accounts, Chris looks like he's on top of the world, despite the fact that virtually every place he could possibly perform in the country is shuttered.

It became evident to me, a student of good social media form, that I had stumbled across someone whose talents extended beyond crooning. Ruggiero posts daily about the usual things you might find on any artists' Facebook page – their travels, new songs they're introducing, famous friends – but an astute follower will find Chris's soulful way of communicating is lightyears beyond the usual. The comments come in – to the tune of several hundred per post – and they're not single-word responses or emojis. Chris's fan-faithful post paragraphs, sharing personal stories, recollections, fears, and dreams. He replies to almost every comment. The fans have an actual conversation, and it's obvious that Chris is personally interested in what everyone has to say. Here's what I learned… 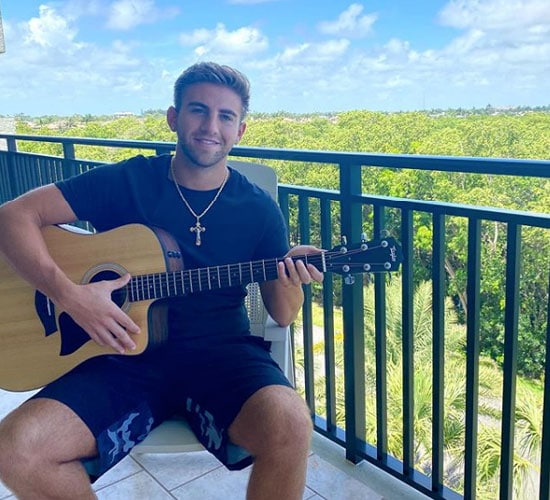 1. Chris Ruggiero does not know how to play the guitar. However, he took a picture of himself holding one. Most people seeking to elevate their image on social media would have posted some disingenuous self-aggrandizing caption, but not Chris. Chris captions his photo, “Last weekend, I was inspired to sit outside to play guitar, but then I suddenly realized I have no clue how to play guitar.” The self-deprecating humor is all at once disarming and very revealing in a refreshingly authentic way.

2. Chris Ruggiero uses his platform – which has rapidly grown to over 10,000 followers – for good whenever possible. He was one of the founders of the Buoniconti Fund to Cure Paralysis's “Any Ball Any Bucket Challenge” and challenged his music biz friends to take the challenge to support the Miami-based charity. The social media challenge encouraged fans and fellow artists to “Stand Up for Those Who Can't” in support of the Buoniconti Fund. At last check, Chris had raised several hundred dollars across his social media platforms. In May, he appeared on a local animal shelter's telethon alongside Chazz Palminteri and Rob Thomas (of Matchbox 20.) He's also used his social media pages to champion equal rights, pride initiatives, and mental health awareness. 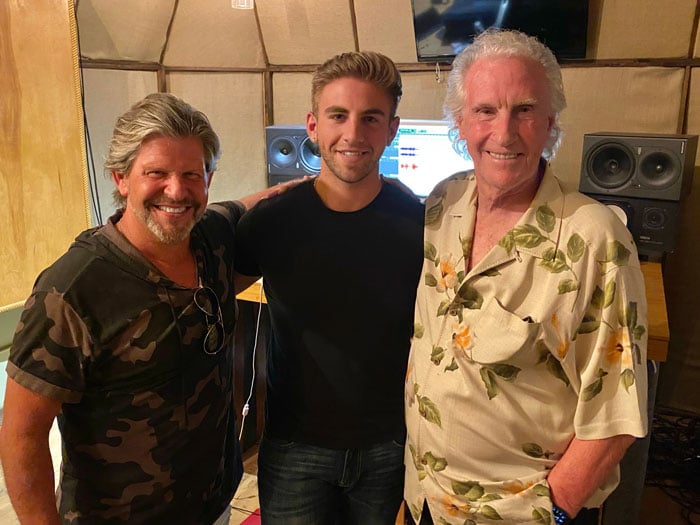 3. When Chris posted a picture in the recording studio with his famous friends The Righteous Brothers, a couple of fans expressed their feelings about Bill Medley's new partner. One commented that newcomer Bucky Heard was “very good” but “no Bobby Hatfield,” making a comparison to Medley's original partner in the duo. Chris could have ignored, deleted or hid the comment – as many of us would do on our own Facebook pages – but he chose instead to make it a teachable moment. Chris replied to the comment, “I don't believe in comparing. Every one of us has been blessed with our own individual gifts.” To another, he replied, “When you sing, like I do, you realize how vulnerable you have to be to get out there and what courage it takes to expose yourself to the world for criticism. That's why I couldn't imagine critiquing a singer based on a comparison to another singer. But that's just my opinion.” 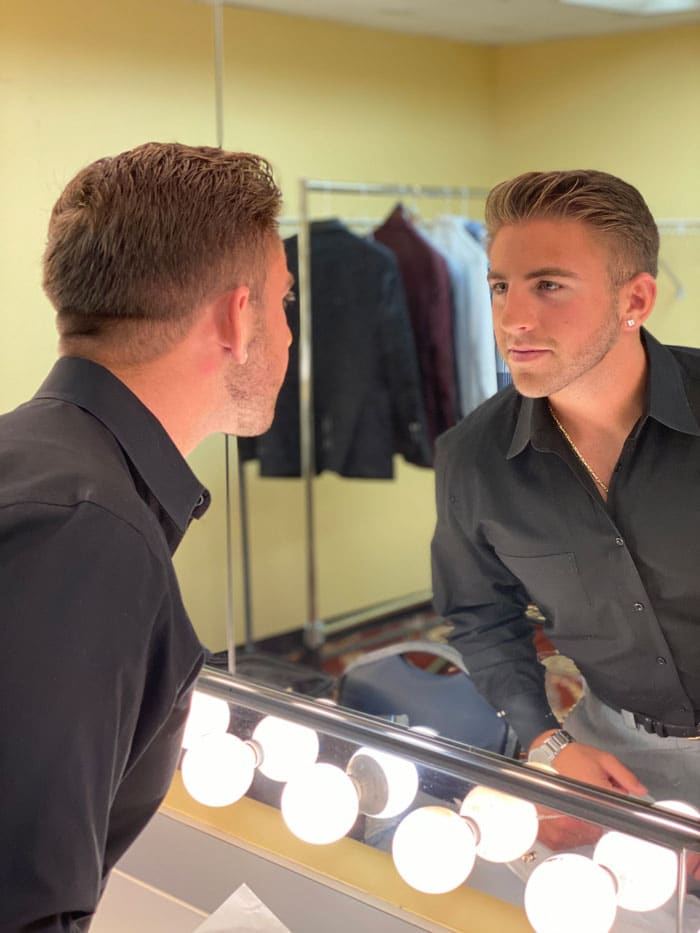 4. When Chris's friend Austin Giorgio released a new single last week, Chris immediately took to Facebook and not only promoted the fellow singer's music but called Austin an “idol” of his and asked his fans to visit Austin's page.

He then specifically named several of his favorite songs that Austin had written and recorded. Austin had appeared on “The Voice” years earlier, but Chris's Facebook following is more than double his friend's. He saw an opportunity to turn some of his followers on to Giorgio's body of work, and instead of having a “scarcity” mentality, so many artists do, Chris saw an opportunity to share his good fortune.

It is easy for a musician, or any business for that matter, to get hung up thinking that any dollar that goes to a competitor or another musician is a dollar that doesn't find its way into their own pocket. Chris turns that notion on its ear. 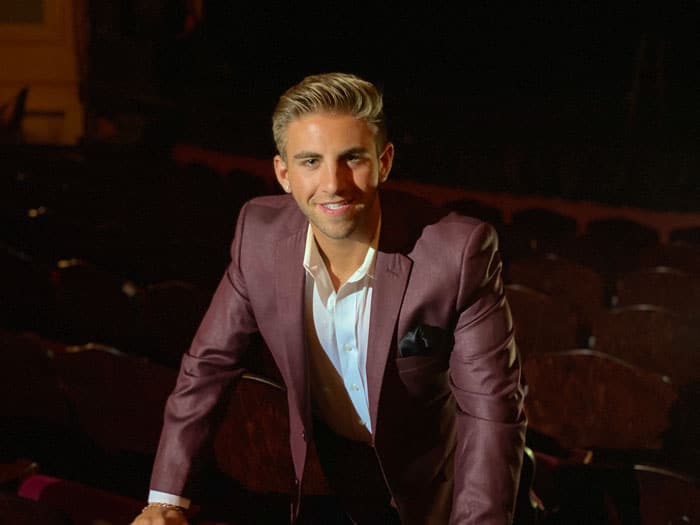 5. And finally, Chris Ruggiero is perhaps at his best when he's responding to one of his followers who cites their age or refers to themselves as “old.” Since his primary body of work is music from the 50s, 60s, and 70s, at 21 years old, there is something of an age gap between Chris and many of his biggest fans. A scroll through the comments on one of his photos finds remarks that begin, “if only if I were 30 years younger” or “I'm an old lady now, but…” Chris doesn't let anyone feel “less than.” His personal replies take their self-consciousness head-on.

He uses words like “timeless” to remind his older enthusiasts that there's no reason to let their age define them or their worth. Chris often mentions, in comments and videos, that age is just a number. He always references his love of vintage cars and classic rock and roll. You get the feeling that if the person commenting were standing in front of him, he'd give them a big hug and tell them how much they mean to him – and isn't that what connecting on social media should be all about?

Kudos Chris! We are watching. And learning. 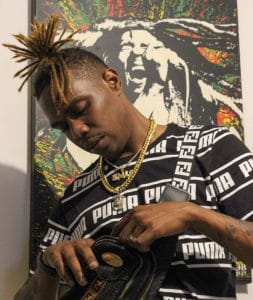 From living on the streets to becoming a Successful Artist! Lets hear the story of Ceo Chino Marley!

Tripindickulous has treated fans with epic beats in the music single ‘Insecure’. 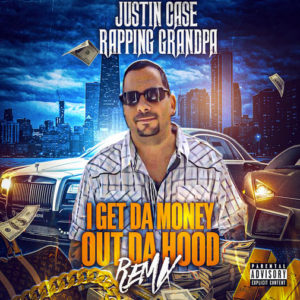