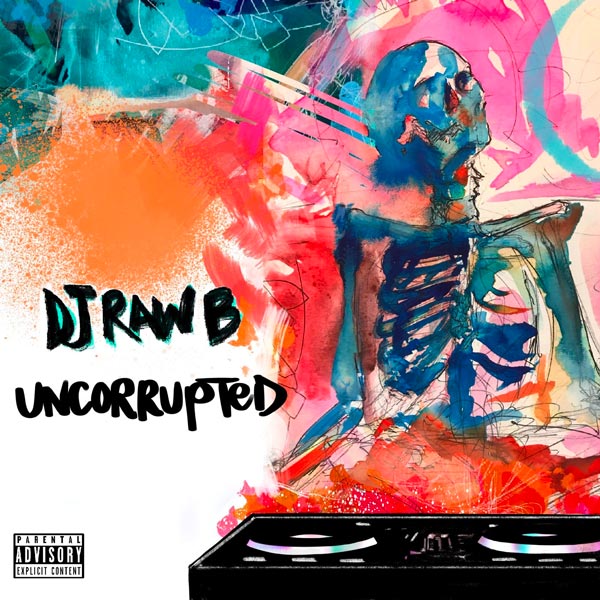 Today, we are interviewing DJ Raw B, hip hop artist who has released his first Solo Album Uncorrupted. He started his career in the early '90s as DJ and Co-host for Beat Sauce, a critically acclaimed underground hip-hop show in San Francisco. Major artists like Jay-Z, Eminem, Outkast, and more appeared on the show. He had released ‘Born Illness' album with MC Luke Sick in 2019.

Please tell us about yourself?

I'm just a regular dude. So much so that when I used to DJ at underground hip-hop clubs around the Bay Area, people would always ask me if I'm a cop. Ya, see a lot of people used to hear me on the radio before they saw me, which led to some very funny reactions. Most times, they'd say something like “You're DJ Raw B?” with a somewhat disappointed tone. KNBR host Tom Tolbert once said, “DJ Raw B doesn't look anything like a DJ…looks more like an Ice Cream Man.” Not sure what that meant, but you get the idea. It's funny how people develop a preconceived notion about what a DJ is supposed to look like. But once I did my thing on the turntables, I gave most people no choice but to respect my skillset. Anyway…I digress…you asked me to tell you about myself. As I said, I'm somewhat normal. Since becoming sober nearly 4 years ago, some may say that I am boring. The only thing that hasn't changed is my fascination with sound. The popularity of ESPN's The Last Dance documentary has led to many Michael Jordan quotes floating around. One of them is, “If you can't stop thinking about it, don't stop working for it.” That sums up my motivation for continuing to explore music and sound in every facet. I cannot stop thinking about it.

When the breakdancing craze hit in the early '80s, I felt overwhelmed with intrigue. Not only by the dances but, more importantly, by the music and specifically by the sound of scratching on those early songs. I was able to figure out what that sound was because we've all accidentally scratched a record. Still, I kept thinking about the technical aspect of “How the F are they doing this?” so musically. Slowly but surely, footage of Hip-Hop DJs would sparsely appear on the TV, and I had an “A-Ha” moment. When we got to watch Doctor Dre on the turntables during Yo! MTV Raps episodes things really sunk in. No family record player was safe amongst our friends growing up. It wasn't until I moved to San Francisco in 1992 that I really got to delve into actually trying to DJ. I moved there for college at that time and was involved in the on-campus radio station KDNZ. It was there that I met DJ Winnie B (now known as DJ Wisdom). He didn't even go to school but would sneak in and practice on the studio's radio turntable set-up. I think he showed me the basics so that I wouldn't tell anybody about his secret practice sessions.

Wisdom and I went on to become friends. We would DJ at campus parties, house parties, and eventually clubs in San Francisco and around the Bay Area. While at KDNZ, I befriended DJ J-Boogie. He interned at Billy Jam's radio show on KUSF, which was a community station located down the hallway from KDNZ. To make a long story short, Billy Jam has eventually kicked off the air, and J-Boogie secured his time slot. He asked Wisdom and me to start a new radio show called Beat Sauce that went on to broadcast weekly shows for the next 15 years. From there, the 3 of us branched out to DJ for artists, do parties and clubs and make mixtapes and create music all while continuing to do the radio show. During this extended period, we all cultivated relationships with local artists, DJs, promoters, record labels, club owners, etc. and did our thing collectively and individually.

My parents and older siblings. Maybe a couple teachers and coaches.

But the people I learned the most from while watching DJ are Wisdom, DJ Zeph, Positively Red, and DJ Pause, to name a few.

A lot of things in a general sense. The radio, acts of kindness, animals, people who don't take any shit from authorities, movies, and competitive sports are all some sources of inspiration. It kind of depends on the day and the circumstance, but musically it is listening to music.

I just did a 9-hour drive from Reno to Palm Springs, and that always seems to inspire me. You're basically forced to sit and listen while you drive and let your thoughts wander. I woke up the next day, chock-full of ideas.

Please tell us about your album Uncorrupted?

I've been on the radio, DJing, and dabbling in creating music for nearly 30 years. During that time, I've amassed a huge amount of sounds and ideas. My problem is that I was an alcoholic and an addict.

I don't think people realize how much time it takes to be a prolific party animal. Since becoming sober 3 years ago, I finally had the time and focus on putting together a couple of cohesive projects. First, I teamed up with my friend and MC Luke Sick for 2019's Born Illness album, and this year completed a Producer type record called Uncorrupted. This album is a small collection of some beats and ideas I've had over the years.

I feel very lucky to have befriended such talented artists (Luke Sick, Emcee Infinite, Dan Wolf, Z-Man) who were willing to contribute to this project.

I'm feeling hungrier than ever to keep creating.

I am proud of those 2 releases, but I'm not even close to reaching my potential socially. As soon as I finished both of those records, I still was not satisfied. I know perfection is never possible, but I am determined to keep trying.

You can check out his music on Spotify and Apple Music. 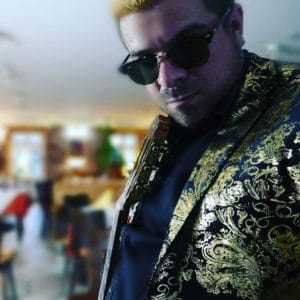 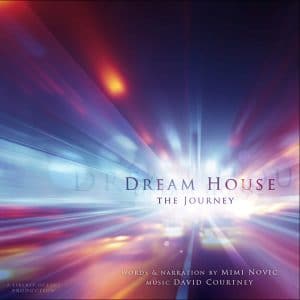 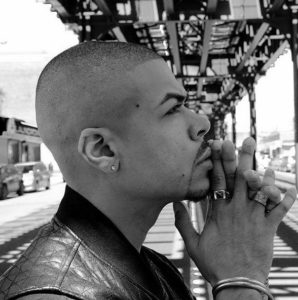 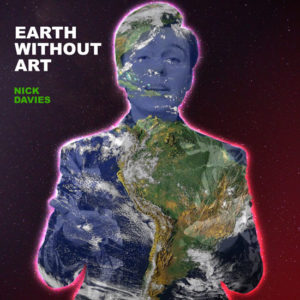 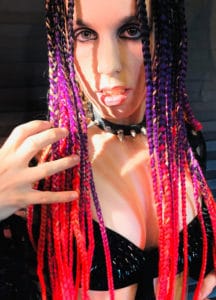 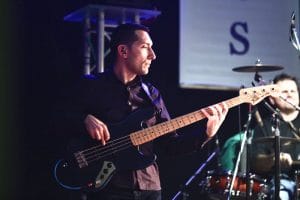