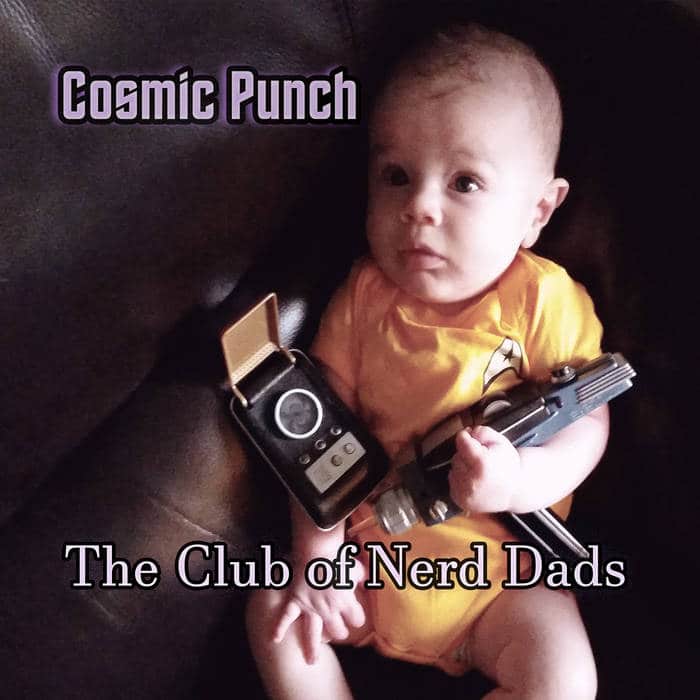 When it comes to nerdy rock music, none other than Juan “Punchy” Gonzalez can set your mood. The Veteran record producer has launched Cosmic Punch as a solo project. His album ‘The Club of Nerd Dads,' came out on the holiday of May the 4th. His music is specially inspired form the nerd culture.

He has just dazzled my mind with his music. The album will make you crazy with the beats, you will start singing along with the verses. I got really thrilled listening to this Rockstar, and it gives me immense pleasure to tell my blog readers about the impressive music album.

This NERD-BASED 10 track ROCK album will make you smile and wonder why you even listen to anybody else! The collection is a 38 minutes harmonious ride into Nerd-based indie rock that will make you traverse positive vibes! The best part is that the music combines all the fun of the 70s, 80s, and 90s nerd rock and makes you feel elated. He has extracted the most entertaining elements of the genre and fused them to create something worth appreciating and celebrating. This is nothing but an ambient composition of musical ecstasy, immersed into the captivating soundscape and an enchanting aura.

Combine the timeless sound of The Beatles, Queen, The Beach Boys, give it a contemporary twist, and what do you get? That's correct! It is a powerful Cosmic Punch that's absolutely amazing.

It shows “Punchy” performing on all the instruments and managing all the vocals. His latest album is drawing an excellent audience base as well.

Here are various songs in the album:

There are special guest performances by Lovely Hudson on “I Love You and Stuff” and Michael Romeo (Symphony x) on “Teenage Rage.”

Juan Punchy is a Record producer/artist and is the owner of and head engineer at D.O.W. Studio Productions (since 2003). He was also the guitarist/producer of his own band, Diet of Worms.

Juan Punchy has been famous for Morbid Angel, Christian Death, Diabolic, Diet of Worms, The Synth Lord, Lover of Sin.

Captivating the audience is the aim of this Rockstar. You will keep grooving with the rhythmic music. And I am sure nerds are gonna love this!

I thoroughly enjoyed listening to the album, What about you?

You can check out the Album at Apple Music, Google Play and Bandcamp and check out about the artist on Facebook.