The Guardian Devil of Professional Wrestling shares his journey

You are here:
Wrestler 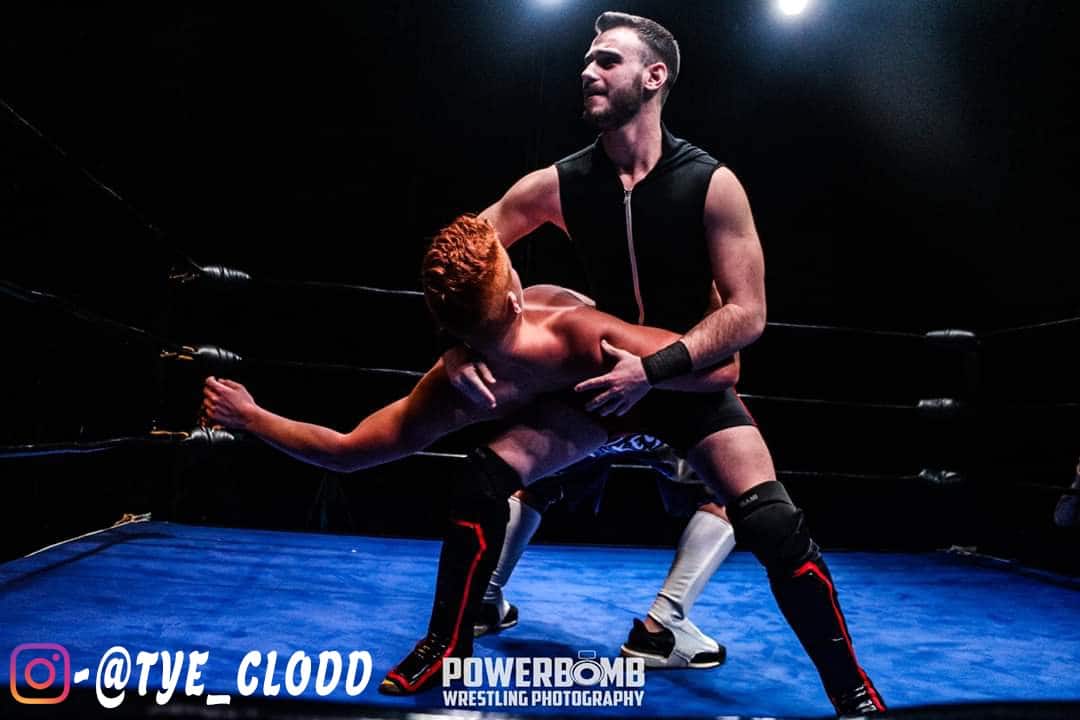 2. How did you get into wrestling? Please tell us more about your journey?

This is a brilliant question

Okay, my story with wrestling is a bit funny, the first time I saw wrestling I recorded an episode of WWE on TV, because I heard it's a thing to watch, I skipped to a match between Sheamus and Wade Barrett, and without giving a chance to the show I just didn't connect to it, a few weeks later I got a suggestion on Youtube for a highlight to a PPV called “Breaking Point” which included a match between Legacy and D-Generation X, and I fell in love with it.

After that, I started to explore more about the business, and I explored about Edge and his Rated R Character, and about CM Punk who I think is amazing, especially with his Straight Edge character and his way of talking, as someone who likes to talk, I really liked that. And I discovered I have things in common with Punk, then I started to explore about Roddy Piper, who is Punk's favorite wrestler, by the time I explored about Roddy he became one of my all-time favorites, if you ask me from who I take an inspiration in the ring, I will say Dolph Ziggler, he's one of my favorites to watch nowadays.

To watch me, to actually get paid for beating people down and insulting them. Wrestling is the only business when you can get ”BOO” as an approval of your good work, I HATE LIARS AND I HATE WHEN PEOPLE LIE.

And to know that I can cure those people is an incredible feeling to me.

The fact that I can get in this stage, hold a microphone and say TYE DOESNT LIE, TRUTH! it's just the absolute best feeling in the world and helps me to sleep at night…

5. Please tell us more about your wrestling matches.

I'll keep it real with you if someone dares to piss me off or ruin my way and ruin the show for the crowd who expect to see me in the ring, that's where the fun ends, I have just one thought on my mind, to be honest, and the 2nd thought is that I see everything as ‘my business' and if someone touches my clients which is the crowd, I'll probably force him to think again about it, and that's the story of Second Thought

My matches are pretty short and they go about 10 seconds and there is one winner and one move and its always me and it always looks good.

6. What’s your most memorable experience?

Memorable? my matches are so short I don't remember things in them, but if you ask fans its always a great experience to have me around.

But i won't lie. I just shared a locker room with Billy Gunn…

7. How are you using different social media channels to market your work?

My social media: you can see a lot of different and awesome wrestling moves to wrestling fans and non-wrestling fans. It's an awesome experience to go through my account and check my moves

I'll be honest, all the moves are the same f'n move but its still cool to watch, again and again, trust me.

TO DIE, that's it, and chicken but we will get to that on another time…

9. Looking back, what’s one thing you wish you understood better before you ever got started?

Like i said in a recent interview and I quote ”that move goes way back, about 4 years ago, we were a group of three kids who love wrestling, one of the kids were Oscar Vice who's a good friend of mine, so he purchased a trampoline and I invented that move and used it as my finisher since the trampoline days, when I started wrestling I didn't had a way to show or express the move, so I got into a video of a wrestler called BT Gunn, he executed a variation to the move which's familiar to mine, so I went to the organization I was at that time and asked if I can use it as a finisher, they said ‘No, you too small', and I gave up on the finisher, I looked for an alternative, and I thought about Coast to Coast, Cardiff Bridge, Zig zag and I even considered the Destino for my finisher, I didn't find the move that made me feel like “holy shit that's the move I want to use I love it” , then later I moved to the IWL where I found my new home with a very impressive crew and people that support me and helped me to develop myself, and help me to get into a better shape, I remember at that time I have seen “NXT TakeOver” and I have seen Valveteen Dream execute the move which reminds me of my variation for the move, some people say it's the same move that I used on the trampoline, then I remembered that I didn't ask since I moved to the IWL about using that as my finishing move, so I talked to my trainer, and since then “S e c o n d T h o u g h t ” . I see that move like something that's also a full circle, from the trampoline days, to where I'll go in my future, I hope it'll be as far as it can be”

10. What are the success strategies/secrets that helped you in your journey?

I can't tell, but its branding and to stay honest to myself and to others…

11. What keeps you going when things get tough?

I'll be honest with you. Right now, I'm injured and not outside I have the worst case of Gastroesophageal reflux disease (GERD) and a lazy stomach. Now, it's the hardest time in wrestling. I was forced to cancel three bookings and was not medically able to wrestle in the biggest stage I got to… and it's all gone do to this illness

But I promised myself I will and I will come back and start when I ended and I claim my place at the top of this business. That is a promise and Tye doesn't lie! As of right now I will have stomach surgery in 11 months!

It's a long time! and I can barely get out of bed, to eat its hard for me and I can't go to my job and earn money my only way of making money is selling merch in my merch shop… If you follow me on social media I will open and sell more shirts in the upcoming months to support me through this hard time…

You can check out the merchandise in my shop.

12. How can people connect with you?

13. Any message for our readers…

Try not to lie for one day. One day a year at least try to survive an entire day without lie and tag me or tell me on Instagram how did you do and how did it go…