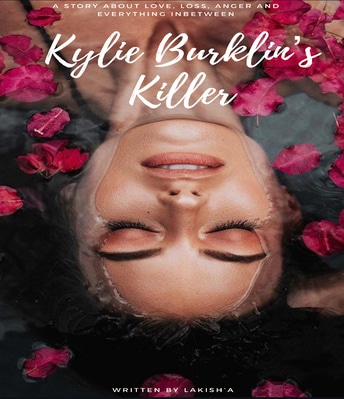 I never really know how to answer this question because it's so broad, haha. I am Sibhongile Lachish. I am a 17-year-old Christian girl, born and raised in Zambia that is just so in love with Art and storytelling in all of its forms.

How did you get into writing?

Very gradually, actually. I think I've always really been a storyteller at heart and, only till I was about 14 years old did I realize that I could actually write down the stories that I makeup in my head and share them with other people.

What inspired you to write Kylie Burklin's Killer? 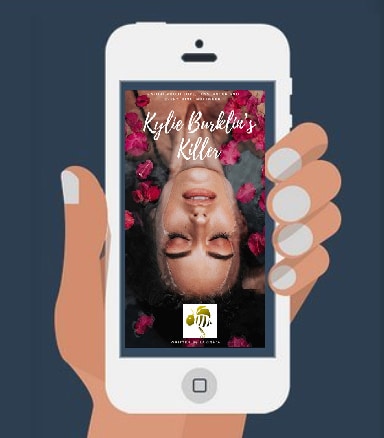 A day before I started to write it, I watched a movie called ‘Saving Zoe', which was about a girl who lost her sister and she was trying to find out exactly what had happened. I remember, after watching it, I thought of almost a million different ways that I could've written it and made it more exciting, so I decided, why not just get a similar plot and write it in the way that I would've loved the movie to turn out. And a few weeks later, Kylie Burklin's Killer was born.

Why did you choose to write this particular story on Scriblyz?

I'm always looking for more ways and more sites to expand my audience and share my stories. Luckily for me, I found Scriblyz online and decided to share my story on the site.

Please tell us more about Kylie Burklin's Killer? Like how did you come up with this plot?

Kylie Burklin's Killer is a story about a regular teenager who, lives a pretty normal life and is genuinely, from deep down in her heart, convinced that she knows everything about her sister and her family but, that all sort of, takes a turn for the worst when her older sister, Kylie Burklin, dies. She then finds her sister's diary and realizes that her sister was in-fact murdered and it was made to look like she died from a drunk accident. So, as the story goes on, Kelsie discovers a lot of secrets that her sister and her mother, among other people, kept from her, basically her entire life. I'd be lying if I said I had the plot completely figured out before I started to write it, haha. I was sort of making it all up as I went deeper and further into the story. Luckily, it turned out quite well. The story is definitely a good read if you're someone that loves the bittersweet feeling of not knowing what happens next in each chapter.

What makes this story different from other web fiction?

Before writing the story, I never imagined that I could ever write a murder mystery, and so, writing Kylie Burklin's Killer, for me, was so much fun because I was constantly just making it up as I go. Ultimately, I wanted to leave my readers speechless and on the edges of their seats. Also, In Between all of the mystery, there's a lot of real-life issues and situations. There are different ways that grief is dealt with, and there's a lot of blind trust and heartbreak and disappointment and lies and secrets and broken families and fake friends. I think most stories have happy endings and, that's all well and good but, I find it refreshing to read and write stories that emulate the fact that life surprises you sometimes, and it sucks lol. I think that's why Kylie Burklin's Killer is not like other web fictions. It feels more…real.

I've read the story, and the ending was a shocker, was it always your plan to end it like that?

Firstly, thank you so much for reading it and secondly, no. As I said before, I was making it all up as I go, so there initially was probably about three or four different endings. Also, a lot of my readers would share some pretty good theories that I almost stole, haha. But ultimately, I chose the ending because I felt it was probably the most surprising. I hope no one saw it coming lol

Did you always want to be a writer?

No actually. But, ever since I started, I've really fallen in love with it. My dream is to one day be a screenwriter and write movies and some TV shows.

Why did you choose Scriblyz over Wattpad, Inkitt, or another storytelling platform online?

Because it's still quite new and upcoming, I was excited to put my story there and watch the platform grow as does my story. Also, I love the vibe and positivity of the readers on the site.

Will there be a sequel to Kylie Burklin's Killer?

Yes! I'm currently working on it, and I've already written 3 chapters! I'm still kind of hesitant to publish, though, because my plot isn't as strong as I would like it to be, but then again, neither was my plot for Kylie Burklin's Killer, right? So, maybe I will publish soon if the readers want it.

Are you working on anything new? If so, where can we read it? 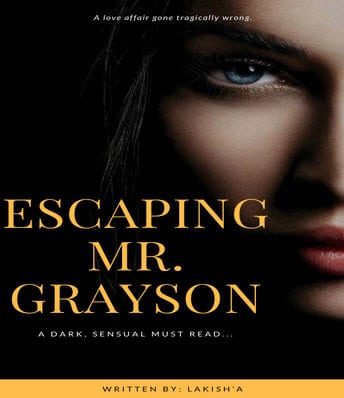 I am currently writing a psycho-thriller called, “Escaping Mr. Grayson,” it's up for reading on Scriblyz, of course, and Wattpad. Read Escaping Mr.Grayson for Free.

For inspiring writers, what websites would you recommend they use to publish their stories?

Definitely Scriblyz, Wattpad & Inkitt  But of course, I myself am always looking for new sites too though.

Any message for our readers when it comes to reading Kylie Burklin's Killer?

Share it with your friends! Hahaha. No, but seriously, I'm honestly just so grateful for the reads. It truly does mean so much to me, and I hope that the story excites you, and you fall in love with it. 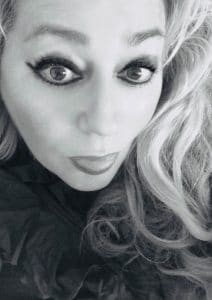 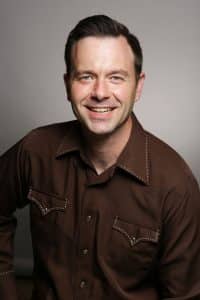 If you’re a short story lover, you must check out ‘A Dozen Strange Tales’ by Author William A. See 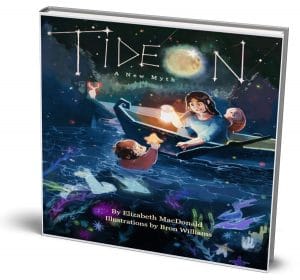 Immerse yourself in the world of Tideon, a world that will open your eyes to the magic around, says Author Elizabeth MacDonald!